When it comes to obese dogspersonality traits such as being conscientious seemed to correlate with more stress in dogs, particularly for male dogs, while the owner having a self-declared neurotic personality was related to lower stress levels in male dogs, but higher ones in female dogs.

It is suggested that the reason for the differing effects of neuroticism may be that females of many mammal species are more responsive to the emotions of others, causing the female dogs to be directly affected by the owners’ anxiety levels. On the other hand, neurotic and anxious people tend to make stronger bonds with their pets, often using them for emotional support, and this may make male dogs feel more secure and therefore less stressed.

It is a little more difficult to see the connection between being conscientious and having a more stressed male dog, but it probably depends on the form that the trait takes. For example, a person who is more conscientious about their work may have less time to spend with the dog and therefore a less strong bond.

One who tries to be more conscientious about how they look after the dog may have more rules and be less flexible about allowing the dog to have some freedom of choice in its life, which can be a factor in increased stress levels, but it is impossible to draw conclusions without a more detailed definition of “conscientious”. 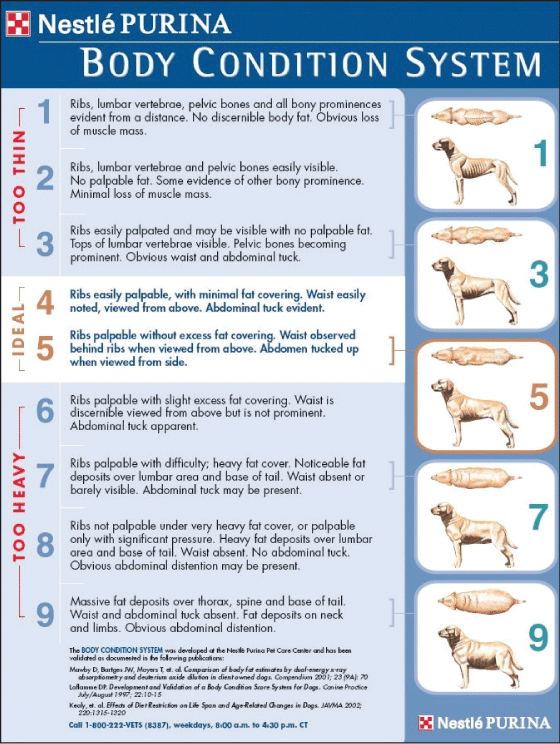 Dog owners should take particular note of this study and consider how their own lifestyle and relationship with their dog may affect the mental well-being of both. Although there are still many questions to be answered about the causal relationships between owner stress levels and obese dog stress levels, it is clear that they are not independent of each other, and if we are going through particularly stressful life events we may need to try to find ways to reduce the impact on our faithful canine companions.

Nevertheless, there are too many obese dogs, just as there are many obese humans, according to the Association for Pet Obesity Prevention (APOP). According to the organization’s eighth annual study of the girth of American pets released in March 2015, 53 per cent of dogs in the country are overweight.

It seems that this is a global problem, with studies from around the world showing that canine obesity is around 40% or more. The issue seems to be getting worse every year. An additional finding of the APOP survey was that 17.6 per cent of dogs in 2014 were clinically obese (30 per cent or more overweight). This represents an increase of one full point since 2013.

Weight gain is associated with many diseases and conditions. Some of these include:

What Should You Do If Your Dog Needs a Diet?

For slimming down, there are a few methods that have been proven to work. It is important to check with your veterinarian first to ensure that the excess weight is not the result of an underlying illness. Prior to changing your dog’s food or reducing its calories, you should have your pet examined by a veterinarian. Follow these tips after your pet’s exam:

Measure Meals: A weight-loss diary is an essential part of any weight-loss program. As dogs are unable to write, you will have to do it for them. Measure out the amount of kibble you’re feeding with a measuring cup.

Establish a Schedule: Rather than free-feeding, offering food at scheduled times during the day. Lay the food down for a certain amount of time, perhaps 15 minutes, and then pick up any food your dog doesn’t eat.

Limit Between-Meal Snacks: Dogs eat a lot of calories in addition to their regular food. They may include training treats or a biscuit that a friendly neighbour has slipped over the fence. All that food adds up. Manage the number of extra treats the dog gets by finding out where they come from.

Choose Low-Calorie Treats: Store-bought treats, such as biscuits, can be high in calories. Chewy treats are the same. Fruits and vegetables, such as bananas, carrots, green beans, and apple slices, can also make dogs happy.

Pets and our health