What’s the value of your dog’s life, and why it matters

Americans love their pets, spending more than US$70 billion last year on their beloved companions. This far exceeds the $7 billion spent on legal marijuana, and $32 billion on pizza, just for two examples.

Of the $70 billion, close to $20 billion pays for veterinary care, $16 billion is on supplies and over-the-counter medicines, and $32 billion is for food.

These large sums make it evident that Americans put great value on the lives of their pets. Yet how much value? We set out to find an answer for the pet Americans are particularly fond of their dogs.

Read more:
Why losing a dog can be harder than losing a relative or friend


We did so by using an experimental survey design that has been used to establish the value of human lives and many other “priceless” things. Ultimately, we concluded that the value is of the average dog is about $10,000. While some may chuckle at our research, we believe it holds important implications for human medicine, health and well-being.

The path to monetizing Bowser

Starting in the 1920s, the federal government initiated efforts to rationalize its decision-making processes by more systematically accounting for potential costs and benefits of public interventions. While the Flood Control Act of 1936 codified these developments, the Roosevelt administrations sought to expand the range of impacts accounted for in these cost-benefit analyses to shape public policy.

Analysts quickly ran into a daunting problem: How should they incorporate the value of goods and services that are not readily traded in the marketplace into their estimates? The valuation of human life serves as perhaps the most controversial estimate.

But how do you value the invaluable?

What will people pay?

Initially, analysts solved this conundrum by relying on a human capital focus – that is, estimating individuals’ future productivity and income. Naturally, this introduced large discrepancies into analyses based on individuals and populations affected. It also posited one particularly vexing challenge with regard to one group who did not “earn” a paycheck: housewives.

To account for these limitations, researchers began to rely on contingent valuation, that is their willingness to pay for certain goods. This consumer-based approach assigns monetary values to small changes in risk that are then aggregated across populations. Values developed in this way are commonly referred to as “shadow prices.”

Based on willingness-to-pay approaches, researchers have developed a wide variety of these shadow prices.

When it comes to valuing human life, federal agencies have currently settled around values of $10 million.

Other shadow prices have been established to account for the cost of rape and sexual assaults (approximately $300,000 in 2016 dollars) to the benefits gained from recreational activities like backpacking ($64.30 in 2016 dollars) and the preservation of bald eagles ($359 per person in 2016 dollars).

Yet conspicuously missing from the list has been Americans’ best friend.

So how much is a dog’s life worth? To most dog lovers, including ourselves, the answer is obvious: They are priceless. As true as this answer may be, it provides little guidance on how to value the effect of private and public decisions on our four-legged companions.

To provide an answer, we designed and fielded a large, nationally representative survey of dog owners. We used stated preferences of individuals to assess how much they are willing to pay to obtain small reductions in mortality risk for their dogs.

In our cases, the estimates ultimately amounted to a value of a statistical dog life of about $10,000.

There are a number of good reasons to get a better grasp on how Americans value their pets.

The most obvious application of our findings relates directly to the regulation of the health and safety of pets. Federal and state agencies publish hundreds of thousands of pages of regulation annually. Often, these affect the lives and health of animals, including dogs. Regulators, however, largely relied on their best guesses to value their costs and benefits as they related to their effect on dogs.

New regulations issued in the wake of numerous cases of contaminated dog food or pharmaceuticals present a case in point. With well over 1 million dogs killed in traffic annually, another potential use for our findings relates to traffic safety regulation investments.

Of course, our findings also provide a starting point for compensation in tort cases resulting from injuries and deaths of dogs. As currently adjudicated, compensation is solely based on the market value of the dog.

Naturally, this severely limits compensation for many dog owners, particularly those whose dogs are not purebred. Our findings illustrate that compensation for owners should be much higher to account for the loss of companionship and associated emotional distress.

More generally, our estimates also offer a value of companionship applicable to assessing programs for the disabled as well as the broader effects of animal companionship on human health. This specifically includes the formal and informal use of dogs to provide emotional support or other services.

Finally, like the baby presented to King Solomon, dogs cannot be split in half. Today, most states still treat dogs merely as property. Particularly, in messy divorces, custody battles over dogs can quickly escalate and turn nasty. Our estimates offer a reasonable reference point to make divorce settlements less contentious, at least when it comes to four-legged companions.

To quantify or not to quantify?

The growing influence of quantification in general, and cost-benefit analysis in particular, has been lamented both inside and outside of academia. Critiques have focused on methods as well as underlying normative and ethical concerns.

Of course, neither the method of cost-benefit analysis nor the underlying developments of shadow prices are without their limitations. Yet, what are the alternatives?

We argue that cost-benefit and policy analyses when done and utilized appropriately, provide needed insights into complex policy issues. This particularly holds in times marred by excessive partisan wrangling and misinformation.

Moreover, shadow prices allow analysts to incorporate costs and benefits into their analyses for societal groups that often remain unrepresented in the political discourse.

Perhaps most importantly, with governments at all levels facing resource limitations, every policy choice made always entails forgone alternatives. Accounting for costs and benefits, to the best of our abilities, thus offers our best chance to use our limited public resources wisely.

[Deep knowledge, daily. Sign up for The Conversation’s newsletter.]

10 ways to keep your dog happy. 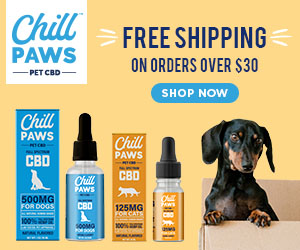